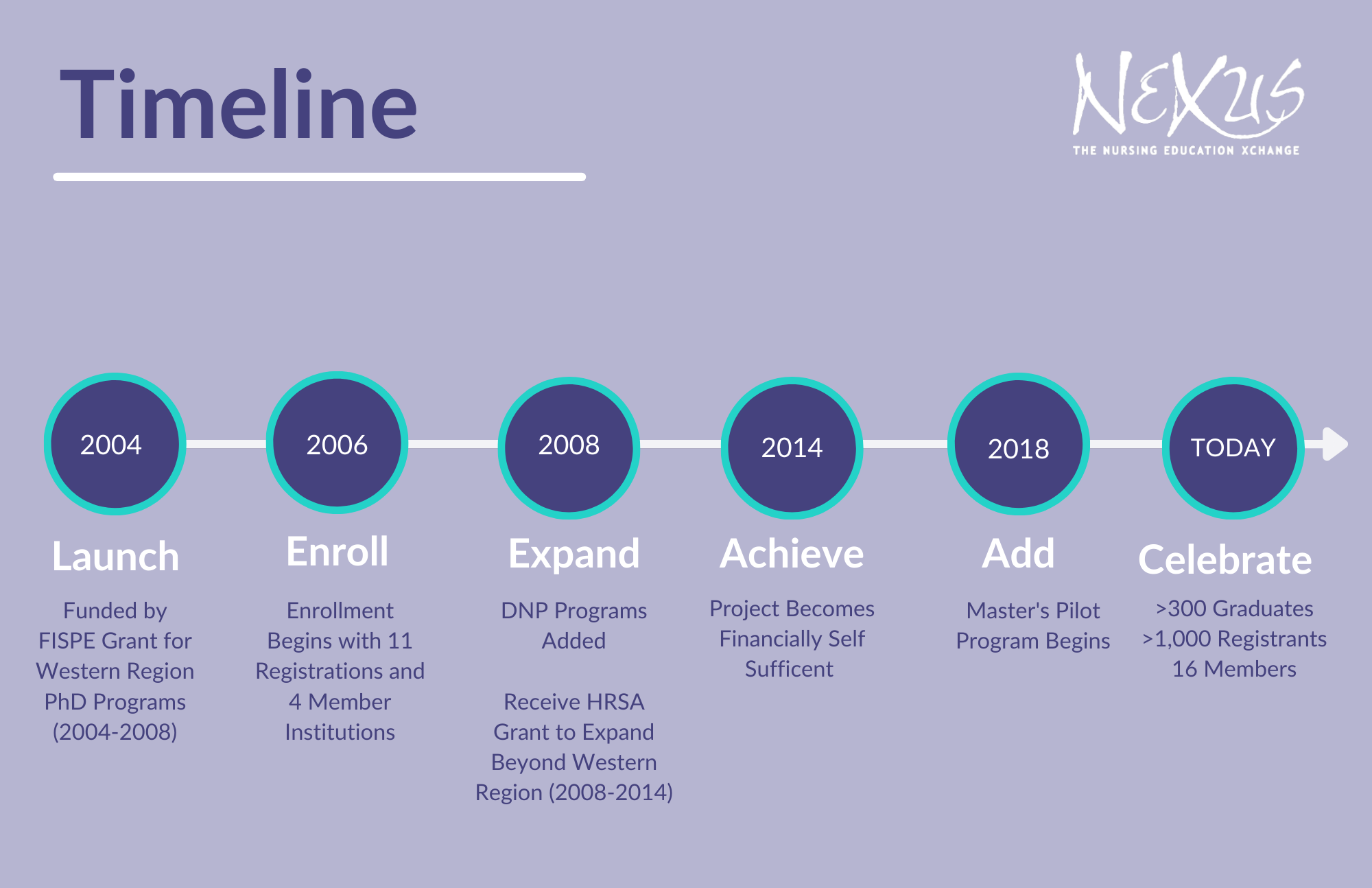 NEXus was initially funded in 2004 by the Fund for the Improvement of Post-Secondary Education, US Department of Education, and in 2008 by the Health Resources and Services Administration, US DHHS. The first aim of NEXus was to address the looming nursing shortage and to facilitate doctoral students in completing their programs of study by making accessible the distance education courses from consortium members.

NEXus had three main goals:
1) through sharing, reduce the costs of creating online courses;
2) increase the choice of courses available to nursing PhD students; and
3) overcome the administrative barriers to students enrolling in shared courses.

The goal of the second grant was to extend NEXus beyond the western region and expand to the DNP. NEXus is now fully sustainable without grant assistance. A full list of members is available at https://winnexus.org/who-we-are/.

NEXus offers more than 250 courses/academic year, taught through distance modalities. Courses are clustered by interest and topic area to assist students and their advisors in selecting courses as an elective(s) or as a substitute required course for off-time students. NEXus started with PhD nursing students in AY 2006-2007 and DNP students were added in Fall 2009. Many courses are now open to both PhD and DNP students, further enriching the doctoral education experience. Enrollments to date have exceeded 1,000 registrations.

More than 300 students who have taken NEXus courses have graduated with a PhD or DNP credential. NEXus students complete surveys at the end of each term. They indicate they: 1) were able to take courses not offered on their own campuses; and 2) were able to stay on course and graduate as a result of a NEXus course(s).

Courses are offered at a set price because tuition among members ranges considerably per semester hour so inequity in enrollments is likely.

Students who have taken NEXus courses present their research and DNP projects at the WIN and other regional conferences, resulting in further growth of nursing research and the body of nursing knowledge. NEXus brings together nursing education, practice and research and it remains an exciting and productive project.