Western Institute of Nursing’s Board of Governors announces Bo Perry as the next executive director. 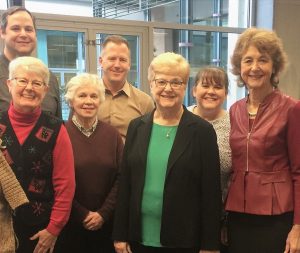 NEXus was started in 2004 under Paula’s guidance as the project director, registered its first class in 2006, and has grown to enroll more than 850 students from 17 universities, with course offerings exceeding 300. We are so very thankful to Paula for her many years of service. At the same time, we are excited to welcome Bo in his new role and look forward to continuing to expand NEXus in future years through his work and the continued work of the NEXus Executive Committee.

About NEXus
NEXus is a consortium of institutions that offer online doctoral programs in Nursing that provide opportunities for and encourage students to take courses from other member institutions to further enrich their educational experiences. NEXus had three main goals; 1) through sharing, reduce the costs of creating online courses; 2) increase the choice of courses available to nursing PhD students; and 3) overcome the administrative barriers to students enrolling in shared courses.

* Founding member of the NEXus Collaborative